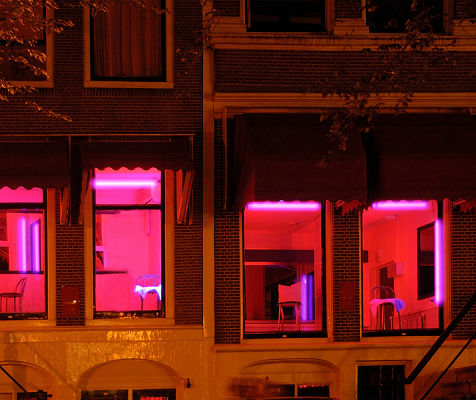 ERADICATING strives to contribute to the improvement of the fight against human trafficking and sexual exploitation throughout the European Union and some third jurisdictions, considered countries of origin for the victims.

While law enforcement structures are highly diverse among different states, so are the states’ respective legal frameworks on prostitution. The advantages, and disadvantages of various legal models are lively debated in niches of politics and specialised literature, but these debates have hardly reached the public. These discussions however are highly relevant for the entire issue of trafficking in human beings, i.e., for sexual exploitation, its prevention and prosecution. Various parties and arguers affirm that certain legal frameworks are structured in a way that could be considered to, at least to some extent allow for the existence of sexual exploitation, while other legal frameworks, seem more appropriate to prevent this criminal offense, allow for targeted prosecution and jurisdiction. In order to shed some light on these debates and to bring them closer to the public as well as to interested stakeholders, it is first of all essential to uncover the different legal frameworks that are applied within the European Union. While the analysis and comparison of the legal frameworks on prostitution are no objectives of the project itself, ERADICATING deals with many aspects related to Trafficking in Human beings that takes place within these legal frameworks – from the business model of traffickers, prevention and investigation procedures to the judicial process and protection of victims.

To this end, this first blogpost on legal frameworks consists of an overview of the legal frameworks on prostitution in Bulgaria, Germany and Greece – these countries in which the beneficiaries in ERADICATING are based.

Starting with Bulgaria, where prostitution is not regulated by the law at all: It is neither explicitly forbidden nor is it allowed. Therefore, prostitution happens within a legal grey area. While prostitution itself is not illegal, many related activities are criminal offenses, such as pimping, running brothels or even living off the earnings of prostitution (Art. 155 of the Bulgarian Criminal Code).

In contrast, in Germany and Greece a legal framework on prostitution is applied, that can be understood as regulatory approach. Accordingly, in both countries, prostitution is legal but regulated.  In Germany, the most important legislation can be found in the Prostitute Protection Act, which gives prostitution a legal status, making prostitution a business considered legitimate and making those involved subject to civil law. Therefore, contracts can be enforced. To be allowed to engage in prostitution under the law, prostitutes must register with the competent authority, where they must at first attend a counselling session and present a certificate of previously completed health counselling. If there are no relevant reasons not to do so, a registration certificate is issued. Prostitutes must attend health counselling every 12 months, unless they are under 21, in which case health counselling is required every six months. Anyone who wants to operate a prostitution business needs a permit, which is issued by the competent authority. The permit can be refused if the necessary requirements are not met. As in Bulgaria and Greece, the practice of prostitution by minors is also illegal in Germany.

Similarly, prostitution is regulated in Greece. In contrast to Germany though and in accordance with the Law 2734/1999, prostitution is only allowed in state-licensed brothels and is therefore illegal on the streets, in hotel rooms or apartments. Concerning the person practicing prostitution, the minimum age is 18 and the person must be unmarried. A license, lasting for three years, must be obtained. While the license is valid, regular health check-ups are mandatory. These must be undertaken every 15 at the local Health Services. The results of each medical examination are recorded in a special health booklet, which must be available at controls by police Health Care Services. Licenses as well as the meeting of specific preconditions are also required for the owner of the brothels as well as for their staff.

However, it is debatable to what extent the regulations described here are applied and can be applied in practice. Taking this into consideration is undoubtedly essential for a discourse on the advantages and disadvantages of these legal frameworks with regard to the prevention and repression of sexual exploitation. The gaps between legal framework and practical application also became apparent in the research conducted so far within the framework of ERADICATING: For example, the implementation of regulations, such as those that are applied in Greece and Germany, only seem to have a partial effect, hence there is a vast number of illegal and thus unregulated and unprotected prostitutes estimated, despite numerous legal precautions. At the same time, the protection against sexual exploitation of those who engage in prostitution within the states’ guidelines sadly seems to be a difficult and sometimes, possibly oftentimes unsuccessful endeavour.

Only the legal frameworks of three states have been presented here, the regulatory approach in Greece and Germany and the non-regulated but in parallel partly prohibitionist approach in Bulgaria. Besides these, there are other models to be mentioned. A simplified categorisation of prevalent models will be discussed in due course in a later blogpost. In this context, the so-called Nordic model will also be examined in more detail: In many places in Europe, there is discussion about a possible introduction of legal frameworks in the sense of this Nordic model, which is significantly differs from all those presented above. Ultimately, the core of these discussions is again the exact same essential question: Which legal framework for prostitution may be the most appropriate to prevent sexual exploitation in the best possible way and to enable successful prosecution to the highest extent possible? A question to which no definitive answer will be given within the scope of this blog. But there is a clear need to reiterate the focus of the arguments that are brought forward in the public debate for and against the respective models of legal frameworks on prostitution.

Report on the End-user requirements

Practical Guide for Law Enforcement Authorities when in contact with Victims...
Scroll to top

This site uses cookies. By continuing to browse the site, you are agreeing to our use of cookies.

We may request cookies to be set on your device. We use cookies to let us know when you visit our websites, how you interact with us, to enrich your user experience, and to customize your relationship with our website.

Click on the different category headings to find out more. You can also change some of your preferences. Note that blocking some types of cookies may impact your experience on our websites and the services we are able to offer.

These cookies are strictly necessary to provide you with services available through our website and to use some of its features.

Because these cookies are strictly necessary to deliver the website, refuseing them will have impact how our site functions. You always can block or delete cookies by changing your browser settings and force blocking all cookies on this website. But this will always prompt you to accept/refuse cookies when revisiting our site.

We fully respect if you want to refuse cookies but to avoid asking you again and again kindly allow us to store a cookie for that. You are free to opt out any time or opt in for other cookies to get a better experience. If you refuse cookies we will remove all set cookies in our domain.

We provide you with a list of stored cookies on your computer in our domain so you can check what we stored. Due to security reasons we are not able to show or modify cookies from other domains. You can check these in your browser security settings.

These cookies collect information that is used either in aggregate form to help us understand how our website is being used or how effective our marketing campaigns are, or to help us customize our website and application for you in order to enhance your experience.

If you do not want that we track your visit to our site you can disable tracking in your browser here:

We also use different external services like Google Webfonts, Google Maps, and external Video providers. Since these providers may collect personal data like your IP address we allow you to block them here. Please be aware that this might heavily reduce the functionality and appearance of our site. Changes will take effect once you reload the page.

The following cookies are also needed - You can choose if you want to allow them: